When the Brainerd School District decided to replace Franklin Junior High School, a civic landmark since 1932, it formed a citizens’ committee to find the best new use for the building. The committee concluded that an arts center offered the most potential benefit for the community. Thus was conceived the Franklin Arts Center, now a mixed-use facility with 25 live/work apartments for artists and their families; 37,775 square feet of artist studios and space for arts organizations and creative businesses; and 36,247 square feet (two gymnasiums and an auditorium) operated as community space by the School District.

Could a city of 13,000 best known as the gateway to Minnesota’s Central Lakes District find enough arts-related uses to fill a large school? The answer was yes. The commercial wing of the project filled almost immediately, transforming the building into a lively community of artists, artisans, studios, arts organizations and arts-friendly businesses.

With completion of the residential wing in late 2008, the Franklin formally entered its new life as an Arts Center and joined Artspace’s portfolio as its sixth live/work project in Minnesota.
Courtesy of the Brainerd Dispatch archives. 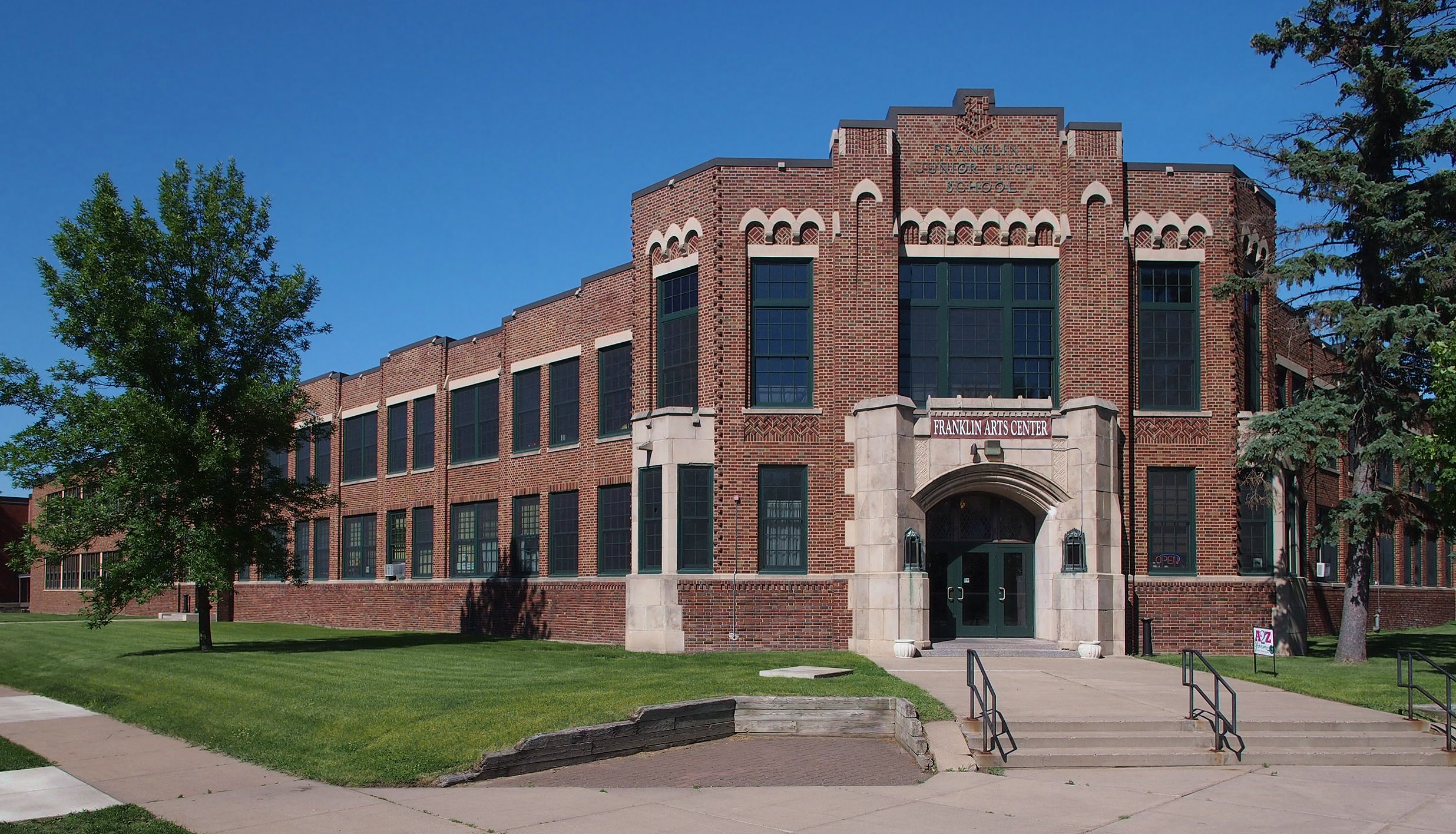